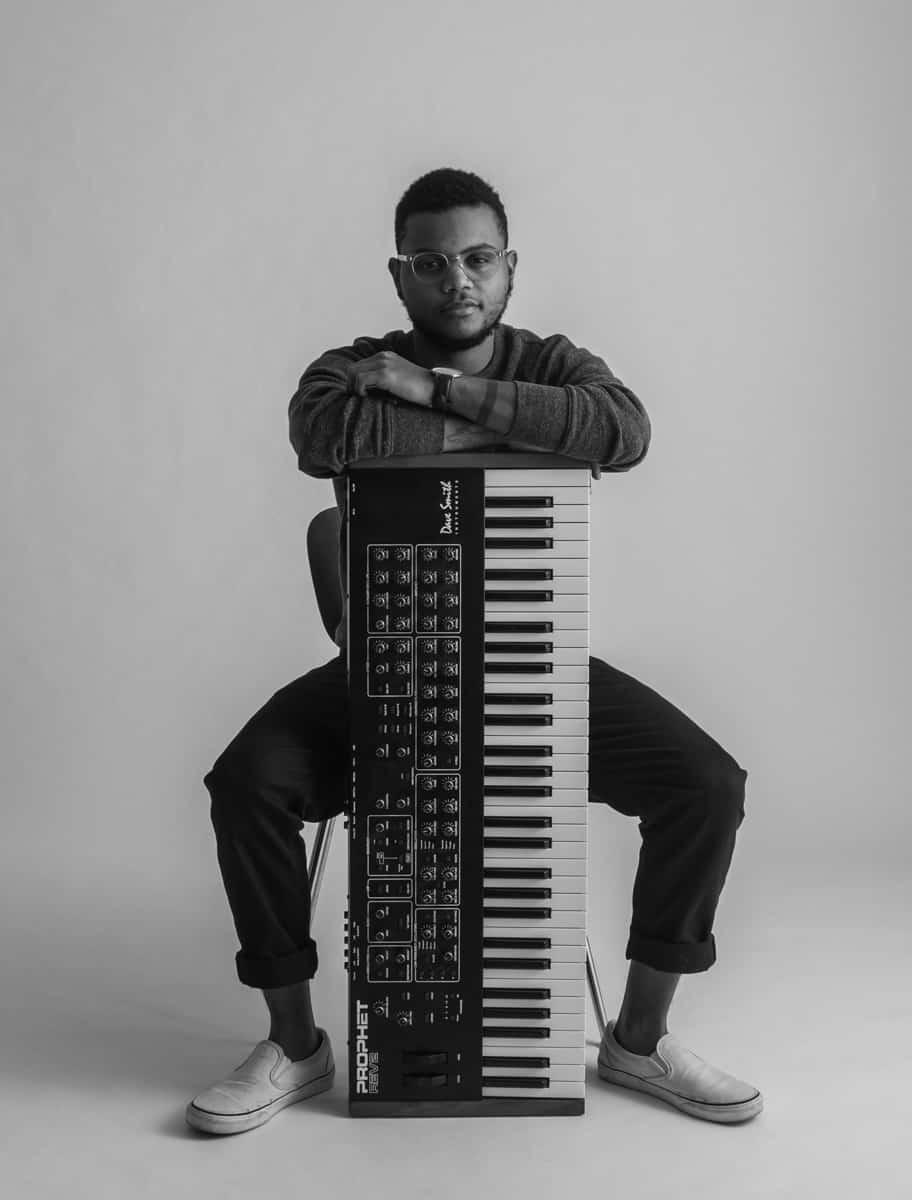 Remy Styrk is a composer and creative.

Born to a homeless heroin addict in Newark, New Jersey in February 1999. At the age of 14 months, he was adopted by a couple, the husband, a fashion photographer and wife, a creative director. His parents’ love of the arts helped deepen his curiosity in music and the creation of it. In 2004, the family moved to Leawood, KS from their colonial house in Accord, New York. Within months of settling into the Kansas suburb, Styrk’s mother suddenly passed away due to a brain aneurysm, immensely inspiring his passion for music through the following years. He set out to write about the experience as a way to continue her memory.

Growing up in suburban Kansas as predominantly the only black kid in the neighborhood presented its own set of obstacles. As he reached age 13 and was out more without a parent, he played into a character not his own, often choosing isolation. He used the feeling of being treated differently and judged to fuel his songwriting, as it was, and still is a medium to express honest energy within a seemingly safe environment. He struggled to find a physical place that would both challenge and sharpen his skills as an artist.

By age 14, Styrk had his own home studio; a basic set up using a Presonus FireStudio, Studio One, an MXL 860, a fender telecaster, and the Roland keyboard his mom left him. Day in and day out, the studio space became home to him. That space provided a strong sense of control, yet organic and unexplored creativity. His high school, Kansas City Academy, centered around the arts, furthered his resources to feed his desire to create and write. There, he was pushed to delve inside his thoughts, emotions, and wonders to produce compositions true to himself all while continually learning what it meant to be an artist. Styrk started to identify with the power of communication through music and the infinite conversations between notes that resonated with him.

In 2014, Styrk was chosen to participate in the Grammy Revolution Project making its way through Kansas City. His attention was to jazz and funk-infused grooves played by other participants above him in skill. This is also where his love of composing for film and video games first grew. If not a little bit intimidated by what he felt when he heard the lush tones, he knew that was what he veritably wanted to create. He took what he learned from the Grammy Project and wrote, produced, and recorded his first album “Telling Stories Through the Basement Door”, released in 2015. That inspired him to start producing other artists' albums as well. In the same year, while on vacation in Nashville, TN visiting his uncle Rob Crosby playing at the Bluebird Café, Styrk was offered the chance to play a song to close the set of the night. After finishing the song, he was approached by the VP of BMI, Charlie Feldman, very interested in Styrk’s story and talent. Over the summer of 2016, he had his guitar playing featured in the soundtrack of “This Magical Moment”, a play short by Lee Blessing.

After graduating high school, Styrk returned there the following semester to become an assistant teacher in the music department. Teaching there was largely learning how what is happening in students lives’ affects the notes they play. This inspired him to connect with a local KC art gallery, InterUrban ArtHouse, to create a songwriting workshop. The ArtHouse had just started with the Tim Lyons Scholarship Fund, a scholarship helping local kids explore and follow their musical passions. Styrk wanted to connect with the kids whom he could not only teach songwriting to, be a mentor in life, create a safe space for, but learn from them as well.

The ability to tactfully drive a story on screen through melodies and rhythms quickly kept creeping into Styrk’s life. He knew he was a visual thinker and his ideas were 3D. Always curious about and inspired by Hans Zimmer's score for the 2010 film "Inception", he jumped in with both feet and followed that curiosity. This would, in turn, redefine how he felt about music and the creation of it. With each new texture he recorded, the instruments became the characters on screen. Their interactions with each other painting colors throughout the composition. Styrk had no doubt that film scoring was right for him.

GET IN TOUCH
Become a Patron!